Lute part and bassus do not agree. 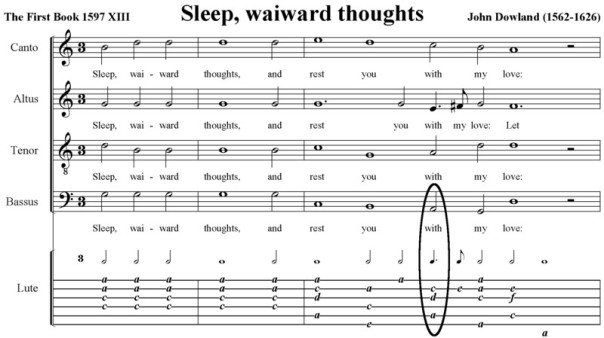 If we change the note c in the bass of the lute part for an A, all is well again. The bassus part does make more sense, harmonically as well as melodically, after all. A writer’s error, then? 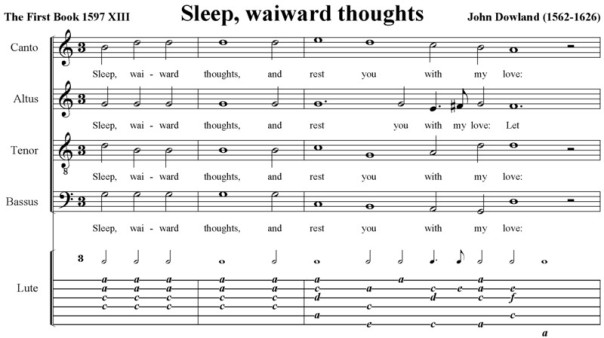 A small question in Go, crystal tears from The First Booke of Songs. In measure 15 the lute has a g’ where the tenor has a passing a’. When the lute plays with just the cantus, the g’ suggests an off-beat beginning of the altus line; very beautiful. But in the four-part version the dissonance is rather unprepared. Perhaps playing along with the polyphony is a better solution for the lute here?

If we accept that the typestter made the common error of placing the tablature letter a on the wrong tablature line, we can correct (?) the original in a way that is not very intrusive. Thanks to David Tayler for pointing out the obvious to me:

When the poor cripple

Lute part and tenor do not agree. 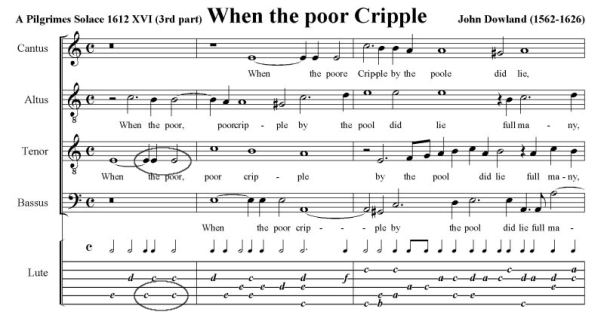 Given the entrances of both superius and bassus I would suggest the lute part contains an error and should follow the tenor. To change the two d’s in the lute part to e’s, one needs to change two tablature letters c into e. That is a common enough misprint in the original music. Diana Poulton in her book John Dowland (Faber and Faber, 1972/1982) suggests the same correction: 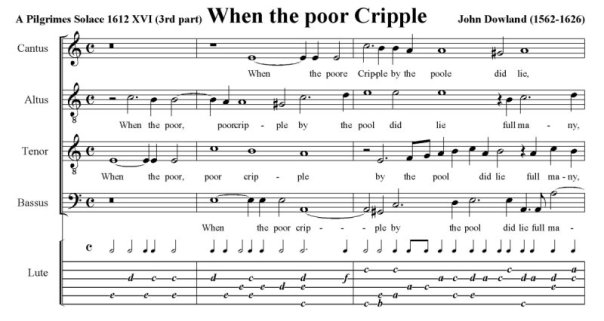